This website provides two sets of resources previously available as separate products but now available together as perfect companions to each other.

The ‘Teeny Reading Seeds’ resources and the two ‘Phonics and Talk Time’ eBooks are suitable for use in the home, and in nurseries and pre-schools, before using a full systematic synthetic phonics programme. They provide experience and exposure to alphabet letters linked to sounds and show how we can use reading, spelling and writing to communicate.

Keep scrolling to discover what is included in the package – and all for no charge – FREE..!

To get your FREE ‘Teeny Reading Seeds’ resources, click on the link at the top of this page.

To get your FREE ‘Phonics and Talk Time’ eBooks (1 and 2), click on the book images below.

Here is a selection of photos and comments kindly sent from parents using our Phonics International pre-school resources in the home – and from teachers showing use in nurseries.

Dear Debbie,
Thank you for the wonderful preschool resources! I made a set of preschool flashcards for my 3yo last night and put up a wall frieze this morning. We already have a large alphabetic code up for my 5yo, too.
Thank you!!
Best wishes,
Kate 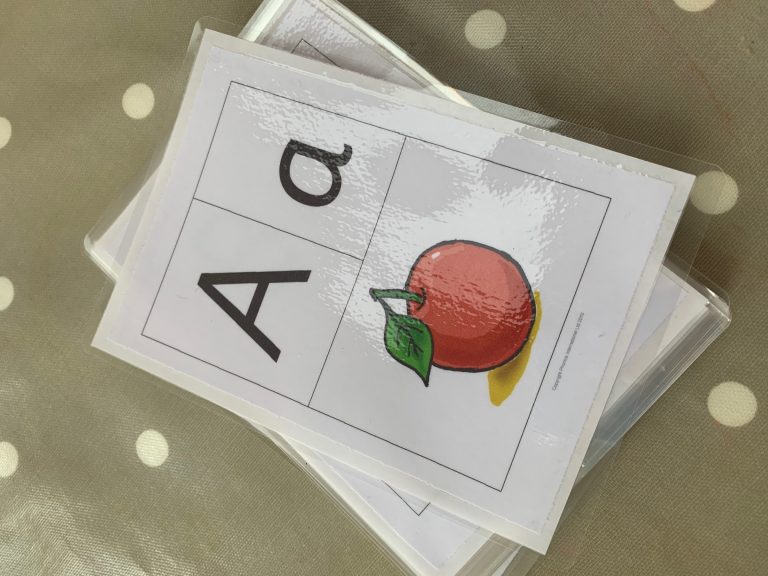 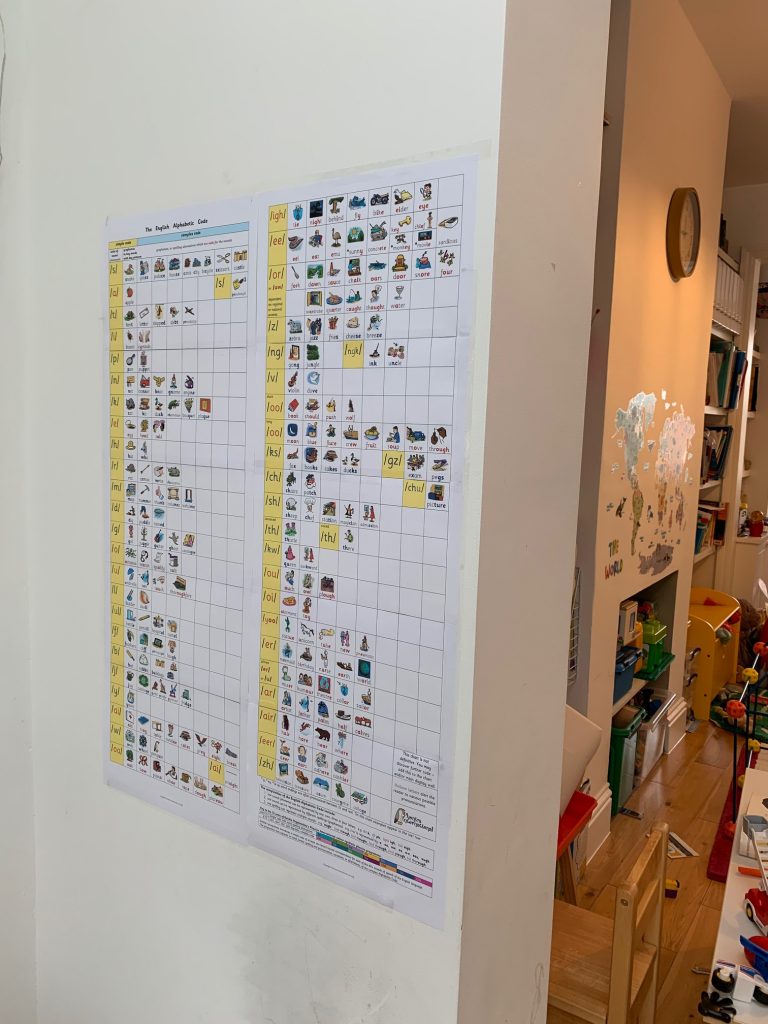 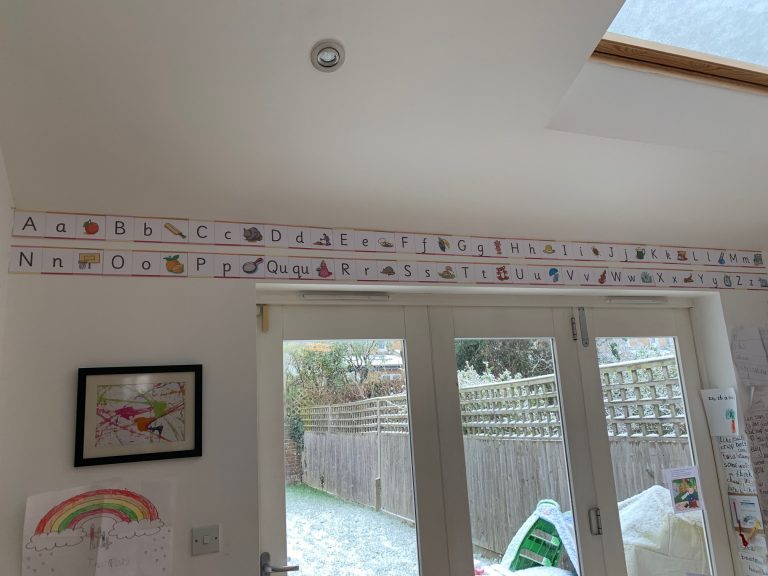 I thought I’d send you a few more pics to show you how I’ve been using your Teeny Reading Seeds resources this past week to begin introducing basic letter sound recognition to my 3yo, Ellie. She’s only 3 years 2 months but has been growing rather jealous in recent weeks of her 5yo brother learning to read, not least because she can see what a source of pride it is to him. So I decided to put up your alphabet frieze on the wall last weekend for her and have now started some basic letter sound work with her (initial sound treasure hunts etc). The hollow letter sheets, in particular, are so great for painting, crafting and playdough. She’s delighted that she can now read /a/ and /b/! (As she’s still a bit young for a formal phonics programme, and we have plenty of time before she starts state nursery in September, I’ve decided to introduce the letter sounds alphabetically, as I think this will feel more logical to her, as she can see us working our way through the letters on your alphabet frieze, learning to read each of the letter sounds in turn.)

Thanks again – they’re such well designed, versatile and user-friendly resources, and I love the consistency of them (ie the letter shapes are always consistent and the same images appear across the different materials, helping to reinforce the learning). I also emailed my son’s school to recommend them to the nursery teachers there.

We were looking at your alphabetic code chart together just yesterday, as we were setting about making a wall picture together to illustrate the “aw” digraph, and he said, “could we draw a picture of a door?”
I said, “No, because that’s spelt d o o r,” and he said, “Ooh, so that’s a new trigraph that we’ve not met before, Mummy.” We checked the chart and he was really pleased to see -oor on it, with a picture of a door. 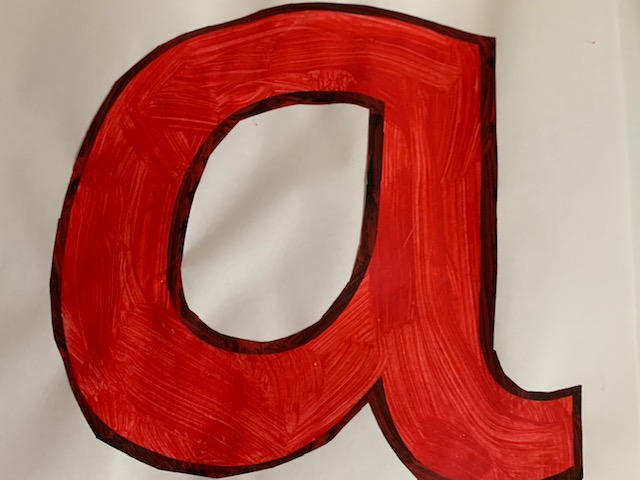 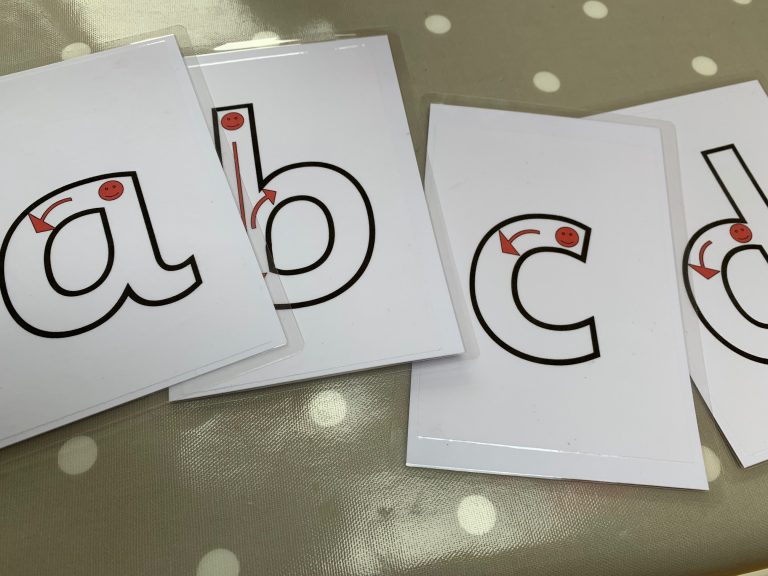 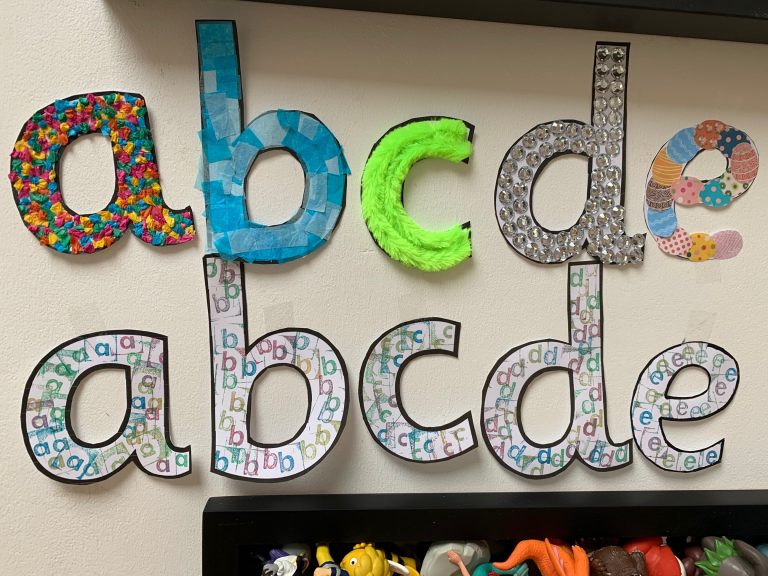 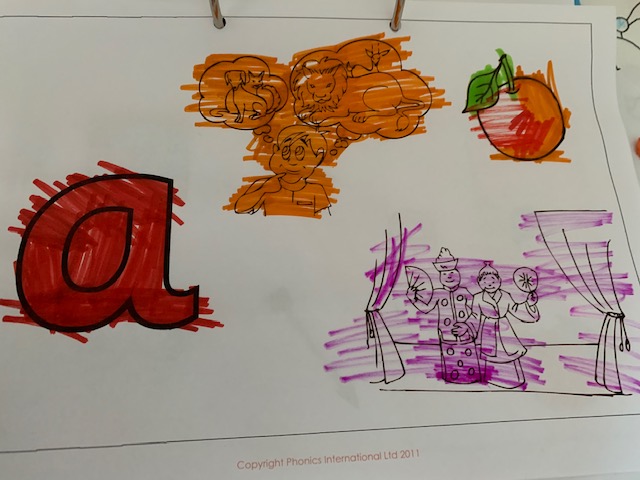 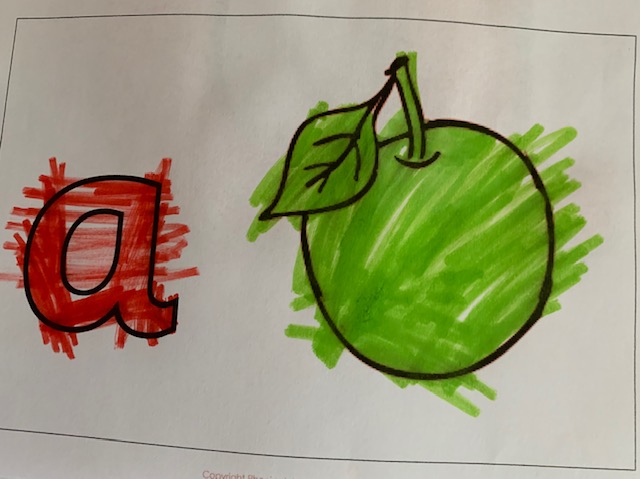 “Just to update on what we have been doing with Nursery. We have started to introduce one letter per week. We have decided to begin with A and just work through the alphabet. We have used the Teeny Reading Seeds book of ideas (songs/objects/themes/multi-sensory ideas). On a Monday we introduce the letter/sound and identify any names etc it might link to. We have a bag of objects and ideas as in the booklet and then set up on a table for the children to access. They then take home the sheet from the Phonics and Talk Time book so as to involve parents in the learning. We have used the Alphabet Flash Cards on display in the writing area.” 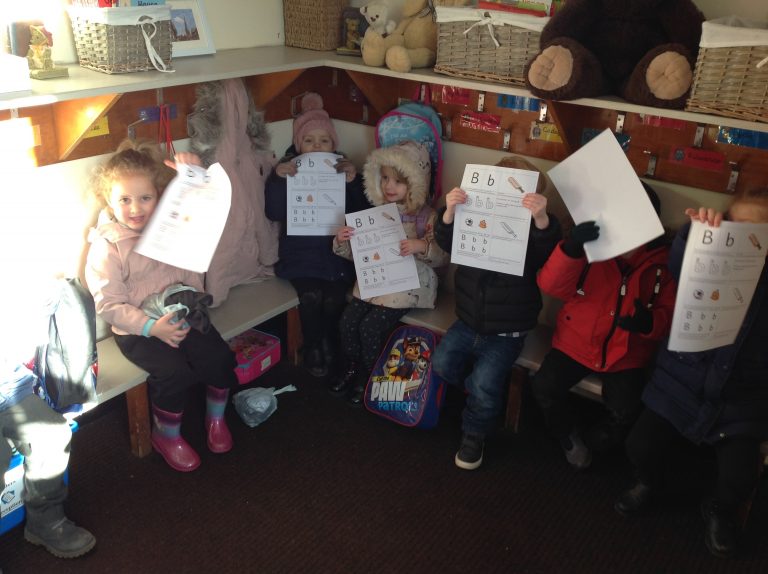 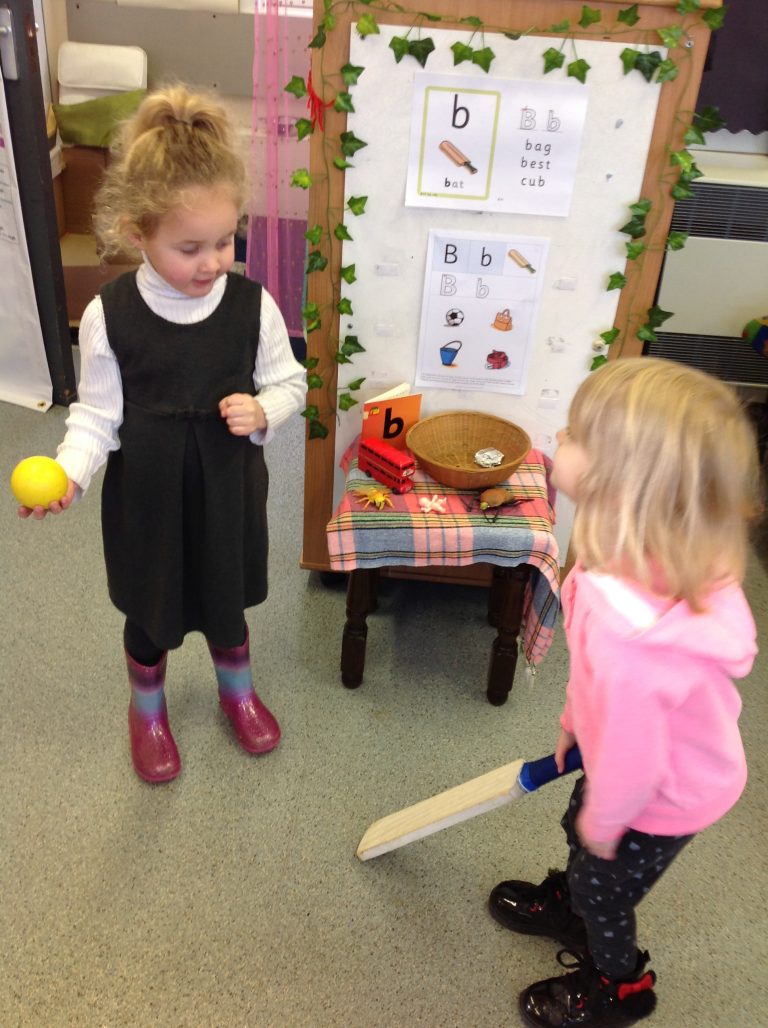